The titles of Scott Turow’s novels often sound like they could almost be interchangeably applied to any generic legal thriller: Pleading Guilty, Innocent, Reversible Errors. His most recent title, Testimony, is laden with irony but in an understated, easily overlooked way.

The book opens with a prologue in which a man giving evidence on oath. He is Ferko Rincic, and he claims that he and his son are the only two survivors of an incident in 2004 when 400 Roma who lived in a refugee camp near a US military base in Bosnia, were buried alive in an old mine. (This atrocity is alleged to have happened 9 years after the Dayton Accords brought the war in Bosnia to an end.)

Ferko is not giving evidence at a trial but rather at a session of the International Criminal Court which has to determine whether a war crime investigation should be authorized. Having heard Ferko’s testimony, the judges decide that it should.

That’s the last sworn testimony we get to hear of, though the investigation has to sift and evaluate a heap of evidence of various kinds, including forensic anthropology. Above all, there are (unsworn) statements from witnesses, all of whom, it turns out, know something (of greater or less importance) that they wish to keep from coming out.

The lawyer who examined Ferko and who now has the task of carrying out the investigation, is Bill ten Boom, who was once Stan Sennett’s successor as US Attorney in Kindle County and later a highly-paid defence lawyer specializing in white-collar crime. Dissatisfied with his life and, particularly, with private legal practice, he resigned from his lucrative partnership in a prestigious firm and eventually took a job as a prosecutor with the ICC, a body set up by the UN to try war crimes.

That might sound like the career-change equivalent of a busman’s holiday but in fact the work is very different from what Boom is used to. After the prologue, we don’t get to see him present a case in court but instead he investigates (in Bosnia, the Netherlands and, despite the Service Members’ Protection Act, even in the US).

He certainly uncovers evidence of a shameful crime but whether it’s a war crime which comes within the ICC’s jurisdiction (and therefore within Boom’s remit), I’ll leave you to discover for yourself. Various people — US military personnel (including former personnel now working as independent contractors), Roma who have no reason to trust the authorities, an old friend with an intelligence background, a woman barrister who might be Iranian, and a Serbian warlord accused of war crimes — have things to tell him which will help him work out what actually happened.

There are two thrilling set pieces. The first when paramilitaries charged with protecting the warlord fear that Boom and his investigator are getting too close. (They fail to distinguish between the ICC and the International Criminal Tribunal for the Former Yugoslavia. The irony is that that distinction turns out not to make a lot of practical difference.) The second is when UN troops attempt to capture the warlord.

It’s a good story. The crimes are at once appalling and all too credible. As Boom got closer to a resolution, I was turning the pages furiously, impatient to get to the end — which I found perfectly satisfactory. It was only afterwards that it struck me that there might be a flaw in the way the story is told. The last part of the book follows a pattern where Boom interviews a witness, confirms his suspicions and possibly learns something new, moves on to the next witness and repeats the process. These passages consist largely of uninterrupted dialogue.

For much of the last section of the book, in other words, the reader is gleaning information about the crime purely from a succession of question-and-answer sessions between investigator and witnesses — much as the investigator himself does, in fact. I have to say I think that’s a real flaw, though it’s one that didn’t impair my reading of the book at the time. Turow is still one of my favourite novelists and my absolute favourite author of legal thrillers. 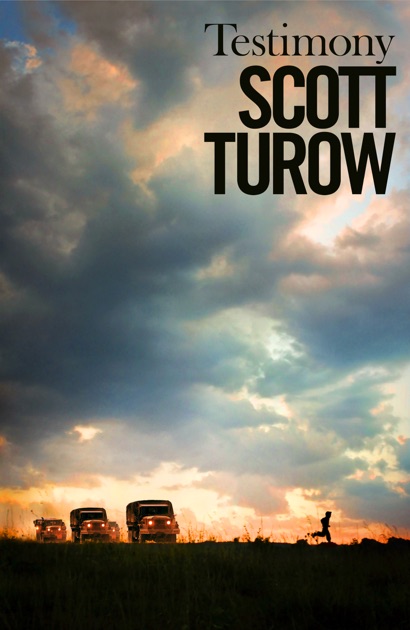