A short story originally published as by Anders Kermod

The first two short stories I wrote were each around the 4,000 word mark in length. This, which runs about 750 words, was an effort to write a much shorter tale and so attract more readers. That worked, to an extent but to me the story feels a bit cramped and inconsequential. See what you think. 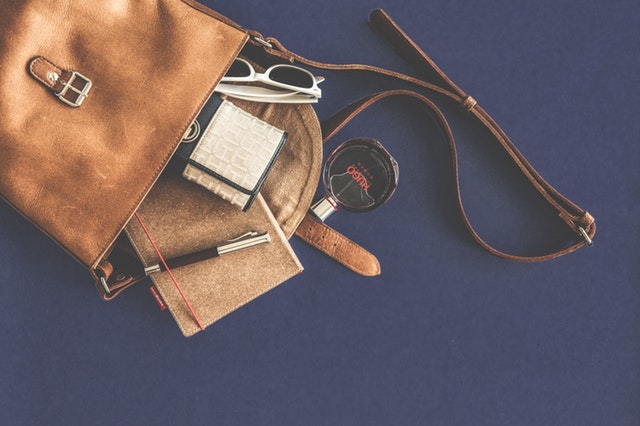 Photo by lum3n.com from Pexels

For obvious reasons, she hadn’t been able to do a practice run. Because of that, she still wasn’t sure, even as she reached into her handbag, if she’d have enough room to be able to pull the pin from the grenade. Timothy had been silent since he’d picked her up—moody, as if he had some sort of premonition. But she told herself it almost certainly wasn’t that. How could he suspect? More likely, he was subdued in the face of her diagnosis, which she’d told him about over the phone. She’d had no choice: without some compelling reason, he wouldn’t have come.

Once they were clear of Clooneaden, she half-turned in her seat to look at him. He was having to concentrate on the twisty country road, but acknowledged her gaze with an uncomfortable clearing of his throat.

“Nothing new there,” was her dry response. “This is probably not the moment to break the habit of a lifetime.“

“I assumed you’d want to talk.“

“What do you want? Why did you call me?“

"I thought you deserved the opportunity to say goodbye.“

"We said goodbye eleven years ago.“

She didn’t answer that, but nodded. She felt that he was aware of her nod, though his attention was fully taken up in navigating the narrow road.

She rubbed her thumb over the pin. The road was deserted, they were far from any habitation. Now was the moment, if she were going to do it at all. There would never be a better time. Is this what I want? she asked herself yet again. If not, what was the alternative? And, if it was, what was her motive? These were questions she’d gone over obsessively hundreds of times. She only ever came up with one answer and she knew it must be the right one, though she never felt that it was completely convincing.

She didn’t feel angry at Timothy, hadn’t for some years, apart from that brief flash of incandescence in the hours after she’d been given her diagnosis. There had been a moment of fury that, had it not been for Timothy’s embezzlement all those years earlier, she might have had the money to get off the waiting list. To jump the queue. Once, she would have fiercely disapproved of that idea. She still disapproved, but not fiercely. She felt nothing fiercely, just a heaviness she longed to be rid of.

Yes, her grievance against Timothy had everything to do with the money, very little with his having left her. Most relationships end, infidelities occur; she’d always known and accepted that, almost before she understood the concept of a relationship. But the combination of greed and stupidity was something she could not forgive, and Timothy’s greed and stupidity were what had left them penniless. She’d be doing the world a favour by taking him out of it, a boon diminished only by the fact that she hadn’t done it years ago.

She couldn’t control her breathing as she pulled the pin. Timothy noticed that, or maybe heard the click from her handbag, and looked at her in alarm. He knew. Well, good! She wasn’t a vindictive woman but she thought it was right that he should know, just for an instant, what was in store for him.

The grenade didn’t go off. What an imbecile she’d been, ever to have believed that Nicko could get his hands on a genuine, live, reliable device! He’d gladly taken her money and given her a dud, knowing that there was nothing she could do about it. The police never found out about Nicko, and she had insisted on her right to silence, so she wasn’t charged with attempted murder but something under the Offences against the Person Act, which carried a sentence potentially just as long. Timothy suffered brain damage and she had lost her right leg and right eye when the car smashed into a stone gatepost while he’d tried to wrestle the handbag out of her grasp. More pain, which had added to, not distracted from, the existing agony. She told the doctor she wanted only palliative care.