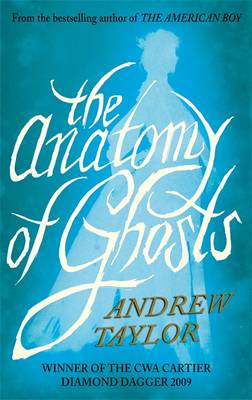 Andrew Taylor is certainly versatile, a quality already fully demonstrated by the three books in his Roth series. In The Anatomy of Ghosts, we are in Cambridge in the late 18th century. If Taylor is to be believed, at that time the university was stuck in the academic doldrums, not at all the internationally respected centre of learning it would become again and had been before. Fiefdoms, academic and mostly otherwise, are carved out and defended fiercely. As has become usual in university fiction, the power struggle is vicious because the stakes are so low.

The themes of the novel are guilt and drowning. Several of the principal characters are drowning in guilt, including the protagonist, John Holdsworth, a London bookseller who has lost first his young son and soon afterwards his wife to the river Thames. Holdsworth blames himself for the deaths, with some reason in the case of the second one at least. He accepts a job which takes him to Cambridge, on the face of it to catalogue and value the library of a recently deceased bishop but actually to sort out a privileged student who is said to have gone off the rails, believing that he has encountered a ghost. Holdsworth is suggested for this work because he had published a book in which, driven by anger at the mediums and clairvoyants who had preyed on his wife’s grief, he had asserted that ghosts do not exist. As it turns out, his investigation leads him in a very different direction.

The novel is richly atmospheric and persuasive as to its authenticity. I’m looking forward to reading more of Taylor’s historical fiction.