This is a list of all the fiction of mine that’s now available (free to read). Most of it was previously posted on Medium but all except one short story is now on this site.

“Inheritance”
This is the first short story I ever completed and I still like it best. At about 4,000 words, it’s the story of Aoibheann, a woman in her 30s who has always had a strained relationship with her mother, whom she resembles in some respects. After the funeral of the much older man whom Aoibheann lived with, her mother tells her a secret that she really could have done with knowing years earlier.

“The Bourne indeterminacy”
This one is also about 4,000 words and has a first person male narrator. (A friend who read it calls him a talking head.) The title is meant to evoke an action movie but all that really happens is that the narrator sits alone in a coffee shop and reviews his options (and by extension his life). I love the opening paragraph — I think it’s one of the best ideas I’ve had.

“Protected”
Still a short story (or arguably a “novelette”) this one is much longer at 9,500 words, spread over 5 parts. Another first-person male narrator and another one where the first few sentences were with me for a long time before I sat down to write it. The narrator has been away in witness protection for twelve years after having given evidence against his former boss and best friend, a big-time VAT fraudster. Now, he’s back in Dublin, determined to tell the whole truth and nothing but.

“The asymmetry of desire”
This one surprised me. Another first person narrator, again male, though with what you might call “gender issues”. The story combines references to Don Juan in Hell, the temptation scene at the end of Amenábar’s film Abre los ojos and questions about gender behaviour. The much longer second part of the story consists of just two men talking and for a while I worried that this might unbalance the tale fatally, until I saw that the asymmetry of the theme is also built into the structure.

“Purpose of amendment”
Another long one, this time in three parts (about 7,500 words). Having started with yet another male narrator, I accepted that I’d been overdoing it with the talking heads and changed to a third person point of view. I think I waited too long between completing the first part and writing the other two, then finished the third too quickly, as I wanted to have it ready before the referendum on removing the right to life of “the unborn” from the Irish Constitution. I may well revisit this and give it a completely different ending (and, indeed, middle).

“Voluntary assumption of risk”
Written to a limit of 2,000 words for a competition, this one seems to me to be missing something vital, possibly just space to breathe. A driver (yet another first person narrator) almost on a whim engineers a collision between a cyclist and an SUV, without involving his own vehicle. He becomes aware that, in doing so, he may have upset the plans of some dangerous people.

“A slip of the masc”
A gender-nonconforming man attends the cremation of his ex-wife and uses the occasion to review his life and choices, as people seem to do at funerals, at least in fiction. This is another one I wrote for a competition, in which it got nowhere. I’ve made some small (but disproportionately effective) changes to the version I submitted.

Dear Old Stockholm
I’d originally thought of this as a novel and had completed 49,000 words of the first draft, then put it aside for several years. When I came back to it, I decided I didn’t like the subplot and I cut it entirely, eventually ending up with a 21,000 word novella. It’s set in London — the title refers to Stockholm syndrome and the characters go nowhere near Sweden. When his beautiful French girlfriend has a one night stand with her university tutor, the narrator can’t accept that she acted voluntarily and is convinced that the tutor is a dangerous predator who coerced her. It all ends up in court, with a criminal trial. In six parts.

A Falling Body
I wrote this before the first of the short stories and originally published it as an ebook, with long chapters of about 8,000 words each. You can find the table of contents here.

A Falling Body is the story of Andrea, an Englishwoman living in France and half-owner of a tech company. When she’s approached with an unorthodox and secret job offer — she’ll be required to allow her brain to play host to the consciousness of an octogenarian industrialist — she permits her misgivings to be overridden by the stratospheric salary and her curiosity about the advanced technology that will be used. Andrea can see that she will have to give up a great deal, starting with her privacy, if she is to complete her side of the agreement. This doesn’t really worry her: she expects to be more than a match for a wheelchair-bound man in his 80s. It’s only when she learns what M. Legrand really wants that she realizes how perverse and dangerous an arrangement she has entered into — and how much it might cost her.

I hope you’ll enjoy reading at least some of these. 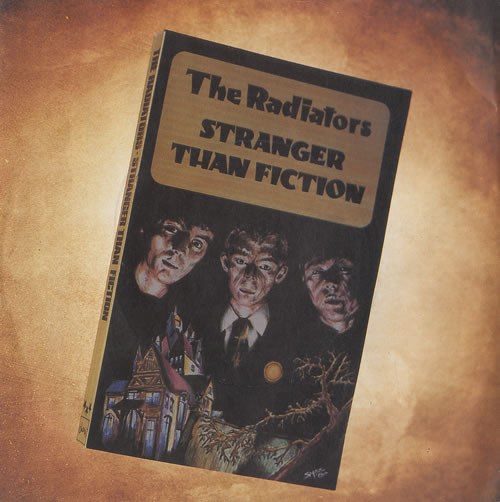