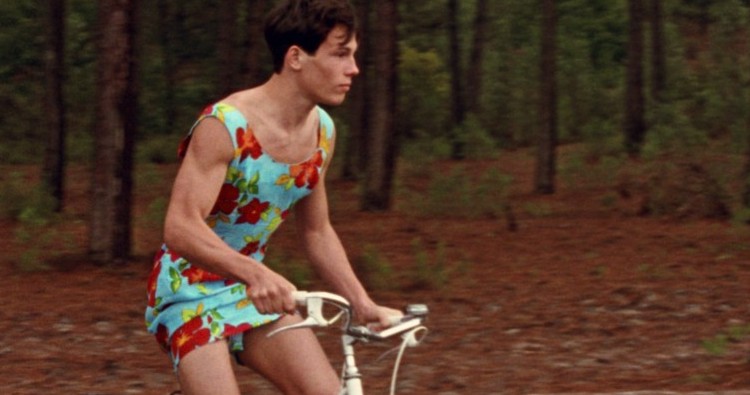 Last year, in “A good masculinity is hard to find”, I told the story of my exposure as a secret crossdresser when I was 5 years old. Secret but unwitting: at that age, I obviously hadn’t gone out and bought girl’s underwear for myself or consciously chosen to wear it; I had unsuspectingly put on what my mother had handed to me. I’d love to know why she had bought that particular underwear but it’s too late to ask her now.

As I said in that post, I somehow forgot about my embarrassing experience at school; the memory resurfaced only 30 years later. In the meantime, I certainly crossdressed from time to time. I have the impression that I did so regularly, but — this SDAM thing again — I don’t remember any particular instances. I remember that my then wife was aware of my proclivities and didn’t like them.

And then, in London — separated, no longer self-employed, a fish out of water, and feeling like a very different person from the one I was used to — it suddenly came back to me what it had felt like as a 5-year-old to have the whole class, boys and girls, pointing at me and sniggering. It had been unbearably humiliating and yet arousing (a sensation that, at that age, was certainly unfamiliar to me).

For the first time, in my mid 30s, I began to suspect that my inclination towards crossdressing must be a sexual fetish: that I was turned on by the idea of being shamed and ridiculed. I felt that I was finally starting to understand myself — that I was making some kind of breakthrough. The conflicting combination of shame and humiliation with sexual excitement must surely be the reason for my ambivalence to the practice. Because, though I hadn’t fully perceived the fact until now, I had always been in two minds about crossdressing. That was why I’d do it intermittently, neither going all in nor fully committing to giving it up.

Until then, I’d never been willing to admit that I believed it was demeaning for a man to dress in women’s clothes; that it was a kind of surrender of power, status or dignity. An admission like that would imply that men were in some sense superior to women. It would be sexist, and one thing I was sure of was that I wasn’t sexist. Not that sexist. Now that I could see the antifeminist implications of crossdressing, I thought, I’d finally have a strong enough reason to give it up for good and all. But that’s not what happened. I continued to crossdress intermittently and to feel ambivalent about the practice for almost the next 30 years.

It was only in the last few years that I finally saw that, notwithstanding what had happened to me when I was 5 years old, my ambivalence about crossdressing has never had much to do with shame or humiliation. The simple fact, which I’d overlooked for nearly half my life, is that I’m not humiliated by it. If I had been, why wouldn’t I have made some attempt to hide it from my former wife, or from later girlfriends? I was ambivalent, not because I was alternating between (or trying to mix) abjection and arousal, but because I have no way of retaining a mental image of what I look like.

When I was at school and for many years afterwards, I was extremely self-conscious about my appearance, repeatedly asking for reassurance that this shirt or these jeans looked OK on me, that my hair wasn’t sticking up, and so on. I didn’t even notice that I was doing this until some of my friends, as a joke, decided always to respond in the negative: “No, you look terrible, it really doesn’t suit you.” I was incredulous: “Do I really ask how I look all the time?” They assured me that I did.

At some point, I flipped completely the other way. If I could never have confidence in the way I looked, there was no point in paying any attention to the issue. I had enough to think about, between study or work and other concerns, to waste time on a question to which I could never get a stable, final, satisfactory answer. My appearance would have to take care of itself. I couldn’t spare the time or the energy to worry about it. But my earlier self-consciousness and my later imperviousness were two sides of the same coin.

Until I learned about aphantasia, just over three years ago now, I had no way of knowing that my inability to form or hold a visual image of myself was anything out of the ordinary. I naturally assumed that everybody was like this because — well, why should it occur to me that there was any other way to be?

Even after I found out about aphantasia and realized that as a result I don’t have a visual self-image, it didn’t immediately cross my mind that there might be some connection between this and my ambivalence about crossdressing. But once the penny finally dropped, I could immediately see that this was a more satisfactory explanation than the humiliation-arousal hypothesis.

If I can’t mentally picture myself, and there are no mirrors in the immediate vicinity, then how can I be sure that I don’t look utterly ridiculous, that I’m not ignominiously failing to carry off this look? I can remember a number of occasions when I’ve been out somewhere and suddenly suffered a catastrophic loss of confidence in my appearance: cycling around Vitrolles (near Marseille) wearing very short, pale green (and obviously feminine) shorts; walking on Sandymount strand in a knee-length denim skirt; returning (by bike) to my hotel near the airport in Mérignac in a similar skirt in beige cotton. Each time I suddenly panicked and couldn’t get back into my jeans or chinos fast enough before more than a few people saw me. That despite the fact that I knew those skirts and shorts looked good (read “acceptable to me”). I’d examined myself in the mirror while wearing them. But I couldn’t call up the memory of what I’d seen in the mirror, so how could I trust it?

I suppose I’ve known for years and accepted that I’m never going to be able to resolve this ambivalence. But, when I believed that the conflict to be resolved arose from the interaction of humiliation on the one hand and sexual excitement on the other, I couldn’t help feeling that I ought to be able to come down eventually on one side or the other, if I put enough effort in. Now that I’m convinced that the ambiguity rests instead on my lack of a visual imagination, I can at least accept that it’s never going to be fixed. The lack of a visual imagination, and the consequent absence of a visual self-image, are part of my psychic makeup. As a result, I’m stuck with my terminal indecision about wearing feminine clothes, just as I am with a mental landscape devoid of graphics, and that’s just fine.

By the way, I think I’ve also figured out why it’s not necessarily sexist for a man to feel pleasurably degraded by dressing in girly clothes. It doesn’t (as I suggested above that it might) imply that women are inferior to men. Rather, it’s based on the strong taboos that exist against men or boys acting (and that includes dressing) in ways that tend to undermine our masculinity or to bring it into question. I think it likely that those taboos were an evolutionary adaptation that is no longer useful to us as a species but has become a constraint we’d be better off without. To contravene those taboos is probably the most transgressive thing a male can do without causing harm to anybody else. And that’s what makes the inclination to crossdress very nearly irresistible. I wish I’d known this much earlier.