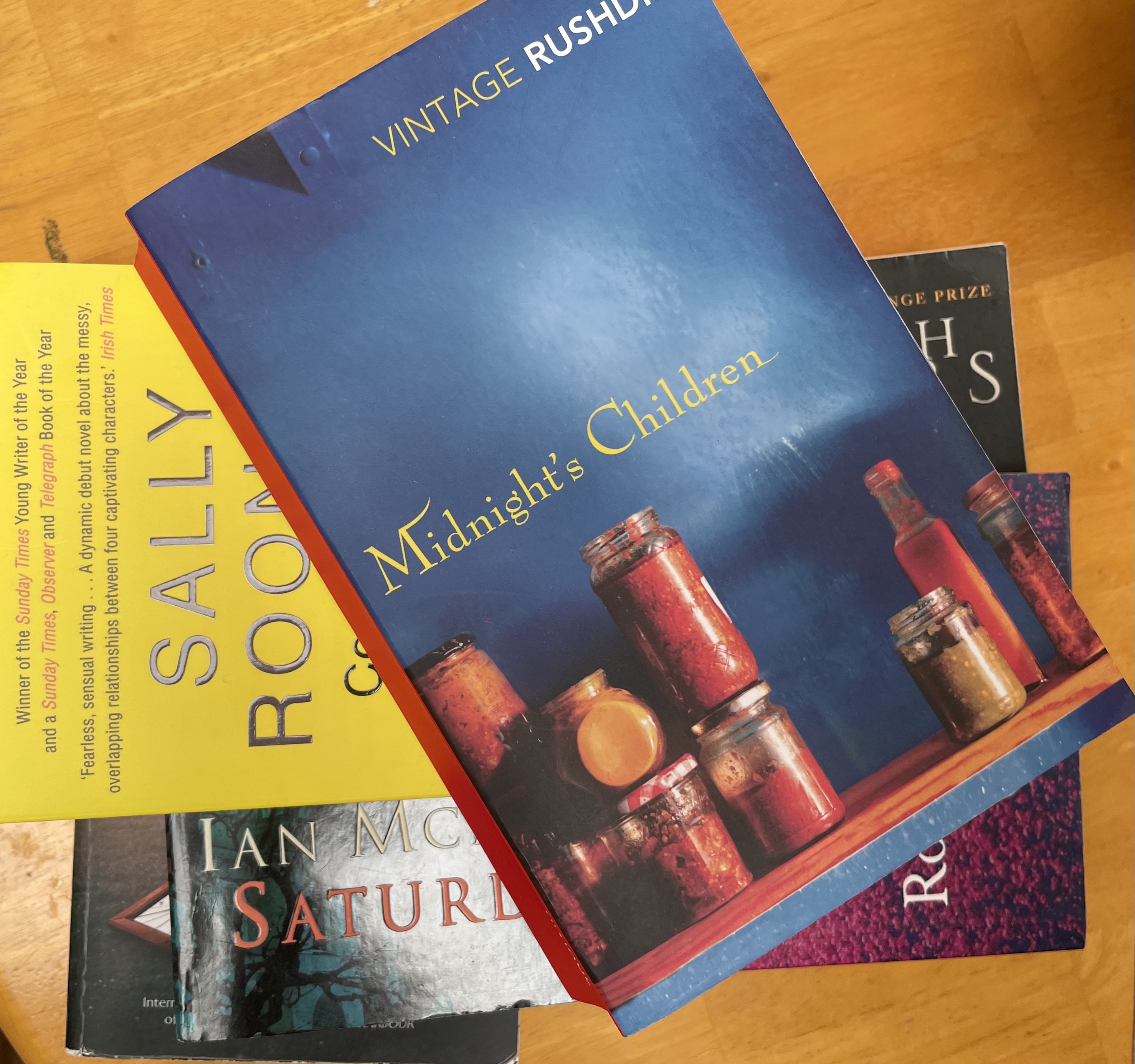 At the beginning of February I marked the first 6 issues (and first 10 weeks) of Talk about books with a post on this site. Since then, I’ve continued to send the newsletter out every two weeks (with a slight delay in the case of Midnight’s Children), so now the archive contains a further 7 issues. Recent topics include Tana French’s second novel (her first having featured in the 6th issue); another of “Empson’s insightful errors”, with a discussion of his interpretation of Joyce’s Ulysses; Midnight’s Children (which I seem to have described as “the most important English-language novel of the second half of the twentieth century”); the short stories of Roisín O’Donnell; and a handful of other books.

The 14th issue will focus on the third (and possibly the last) of Empson’s insightful errors: his idiosyncratic but illuminating reading of Marlowe’s Doctor Faustus. Over the next few months, I also hope to write about Michael Dibdin’s Aurelio Zen series, Scott Turow’s ambivalence about justice, and some of the plays of Thomas Middleton (either or both of A Fair Quarrel and A Game at Chess).

Here, in reverse chronological order, are direct links to the most recent 7 issues.

Frances, the 21-year-old narrator of Sally Rooney’s first novel, Conversations with Friends, is not sure that she has a personality and, if she has, that she wants to examine it too closely.

Midnight’s Children: “A thousand and one dead ends”

The “most important English-language novel of the second half of the twentieth century” provides a cure for optimism.

Techniques of conflict-avoidance, some successful

The complications of gaining an inheritance by marriage.

A novel of doubles, reflections, parallels — and deceptive resemblance.

I’m thinking about creating a pdf version of each issue, past and future. I’d continue to send out the newsletter as an email every 2 weeks but the email would include a link to download the same text as a pdf. I’d be interested to hear whether readers would be interested in this option.

You can find the archive, and sign up to receive future issues by email, at Talk about books. I hope you’ll find something there that you’ll enjoy reading.