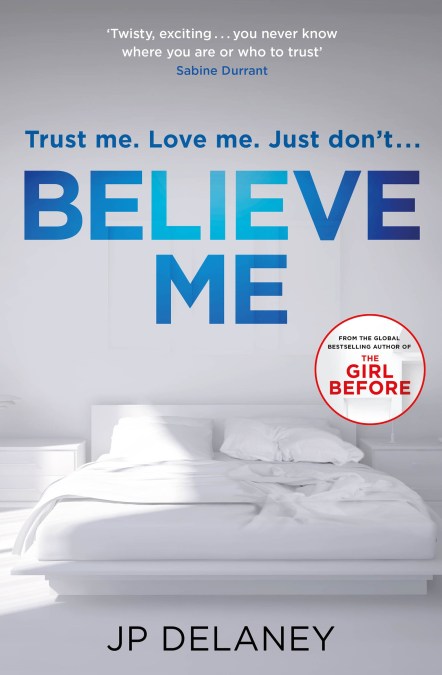 I started this novel at about 6.30 pm and finished it just under 7 hours later. I was definitely flipping the pages towards the end, completely caught up in the very twisty plot. The first-person narrator is utterly compelling: an Englishwoman in her 20s in New York on a student visa while she studies acting at the Actors’ Studio. Broke and unable to work legally, she accepts jobs from a firm of divorce lawyers, gathering evidence for suspicious wives that their husbands are indeed prepared to pay a beautiful woman for sex when the opportunity presents itself.

Claire is, by her own account, a consummate actor. She’s manipulative, needy, insecure, unprincipled and deceptive. Oh, and narcissistic, it goes almost without saying. She is not to be trusted, yet to be trusted is the thing she most craves. When the wife of the only man to resist her seductive approach is found brutally murdered, Claire gets a chance to impress with her acting ability and perhaps earn a green card into the bargain. She agrees with the police to get close to the faithful but cold-blooded widower and try to get evidence that it was he who murdered his wife.

I read this book because I’d really enjoyed the author’s previous novel, The Girl Before, in spite of its preposterously contrived plot setup. I enjoyed this one too, obviously, but not as much. The novel does some things very well. Claire is, of course, an unreliable narrator, but she’s unreliable in a way that was new to me, and Delaney handles her slippery narrative very well, even when the twists and shocks become almost too much to grasp.

There’s a suggestion near the beginning, when the detective and psychological profiler are briefing Claire, that this is yet another story about a serial killer. At that point my heart sank, but the serial killer element quickly becomes submerged as the tale takes off in another direction. It ends up in the catacombs beneath Paris. I almost forgot to mention that the suspect widower is and expert on, and translator of, Baudelaire, whose poems provide the motivation for more than one killer in the story. Ultimately, I think, the relationship between Baudelaire’s idea of evil/mal and the actions of the killers is underexplored. That might be one reason why I don’t find the book entirely satisfying.

I certainly liked it enough to want to read more by J P Delaney. He’s written books under three other names, including Jonathan Holt, the first volume of whose Carnivia trilogy I’ve just downloaded.