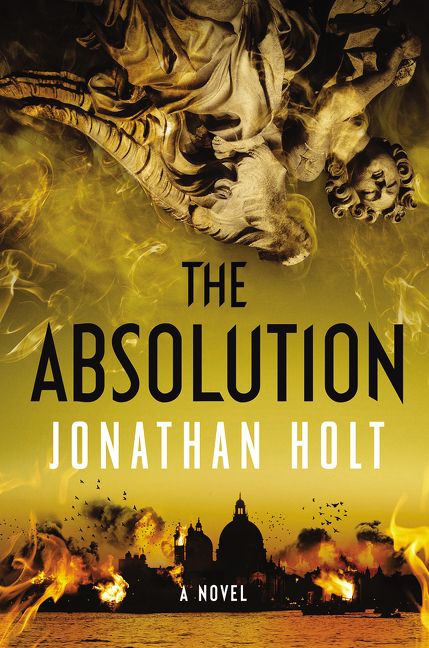 The Traitor is the final book in a trilogy set in Venice, whose central characters are a woman captain in the Carabinieri, a second lieutenant in the US Army who spent her childhood in Italy where her father was stationed, and an obsessive and lonely computer developer, creator of the Carnivia website, who had his ears and nose cut off by Red Brigades kidnappers when he was a child. Throughout the trilogy, these three get caught up in a succession of plots and conspiracies involving the Catholic church, the mafia, “masonic” lodges, NATO and the CIA, as well as, in individual books, Croation slave-traders, rogue (but grandiosely ambitious) American “rendition” operations, and Venetian secessionists.

The overall theme of the trilogy is that Italy’s political dysfunction since the second world war has not primarily been a result of the interaction of organized crime, religious power-broking, and socio-economic tensions between North and South, but a deliberate policy directed by the CIA, who would rather see Italy ungovernable than governed by communists, even as the junior partners in a coalition. As a conspiracy theory, it’s deliciously batty — and at the same time difficult to dismiss outright.

Jonathan Holt is one of the author’s pen names. Under another, J P Delaney, he wrote two books which kept me turning the pages and which I thoroughly enjoyed even though I thought each had serious flaws. The flaws in the Carnivia trilogy are perhaps even greater but again I felt compelled to read on.

The Traitor is in my view the least successful of the three books. It seems as if the author was in a hurry to wrap things up and, while the loose ends are minor and not particularly niggling, the reader is a little surprised not to discover exactly what happens to Holly after her momentous climactic action.

The first and third books were originally published under different names. The Boatman started life as The Abomination, while The Traitor was previously The Absolution. Only The Abduction escaped being renamed. Alliteration aside, the original titles were more fitting. The first book really is about an abomination, though it’s not the one the characters who use the term are referring to. In the third book, somebody does actually pronounce the words of absolution on another character. No doubt, the change was made because of fear that the suggestion of a religious theme would put readers off. It’s a pity that more thought didn’t go into the substitute titles.